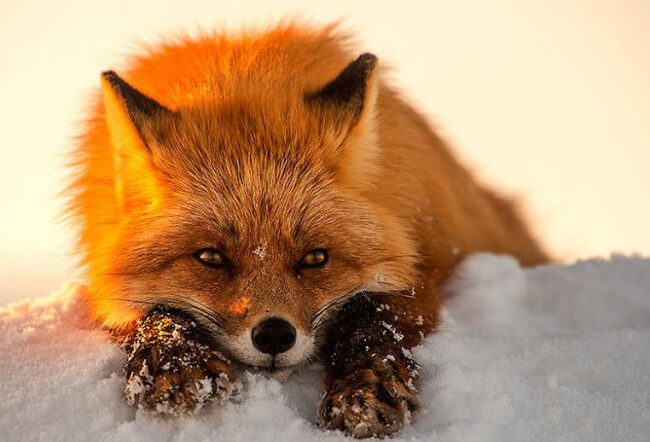 This route combines old spruce and pine forests with aspen and birch forests and large areas of overgrown clearings. Passing along the bed of the Zolotitsa River, he introduces the numerous inhabitants of floodplain complexes, usually more diverse than the surrounding forests.

The first part of the route is a pine forest with wetlands and brook complexes, abundantly overgrown with willow, birch and aspen. In this area, traces of squirrels and white hare are extremely numerous. The white hare is a species extremely adapted to wintering in the conditions of the northern taiga. Its paws are distinguished by a relatively large width, and in winter – by a strongly developed pubescence of the underside. The wide supporting surface of the limbs makes it easier for the hare to run on loose forest snow. This feature is characterized by the English name of the white hare (Snow-shoerabbit) – “hare on snowshoes”.

The second part of the route is an old-growth spruce forest, located on a moraine remnant, bounded on two sides by lakes Kostylevo and Pavlovo, and on the other two sides by areas of impenetrable swamps. On this site, the route is crossed several times by lynx tracks. The main object of the lynx’s hunting is the white hare; the capercaillie and hazel grouse get into the diet from birds. The main thing in the hunting tactics of the lynx is the extremely secretive approach to the victim, which provides an advantageous distance for the throw. For hunting, the lynx uses, among other things, the paths laid by hares, lying in wait for prey.

Having reached Kostylevo, you can walk on the ice to the middle and see the winding shores of this picturesque lake. Returning back through the spruce forest to the intersection of the trail with the stream, the route takes us to the left towards Lake Pavlovo. The trail goes through a pine-spruce forest, at this point it coincides with the hunting trail of the pine marten, the traces of which accompany us almost to the exit from the forest. The trail crosses snowy areas strewn with short cuts of pine branches – these are the places where the capercaillie fed. If in the central zone of the European part of Russia capercaillie mainly spend the night on trees or in open holes in the snow, then in the North they burrow into the snow, like black grouse, hiding from frost. But, unlike black grouse, they prefer not open spaces of glades and clearings, but forest areas.

The forest part of the route ends at a swampy lake, called by the locals the Petrushina puddle. Further, the route through large glades of old clearings leads to the village. Clearings overgrown with grass are the habitat of numerous mouse-like rodents. Therefore, it is not surprising that the route is crossed by traces of ermine and fox, for which rodents are the main object of hunting and feeding. Another inhabitant of clearings is the elk. However, the proximity to the village forces him to cross open areas with sweeping steps, the length of which reaches one and a half to two meters.April May June

DO YOU HAVE QUESTIONS?

Contact us! Leave your details and get
up-to-date information within 30 minutes

Fill out the form and our manager will contact you shortly

Fill out the form and our manager will contact you shortly